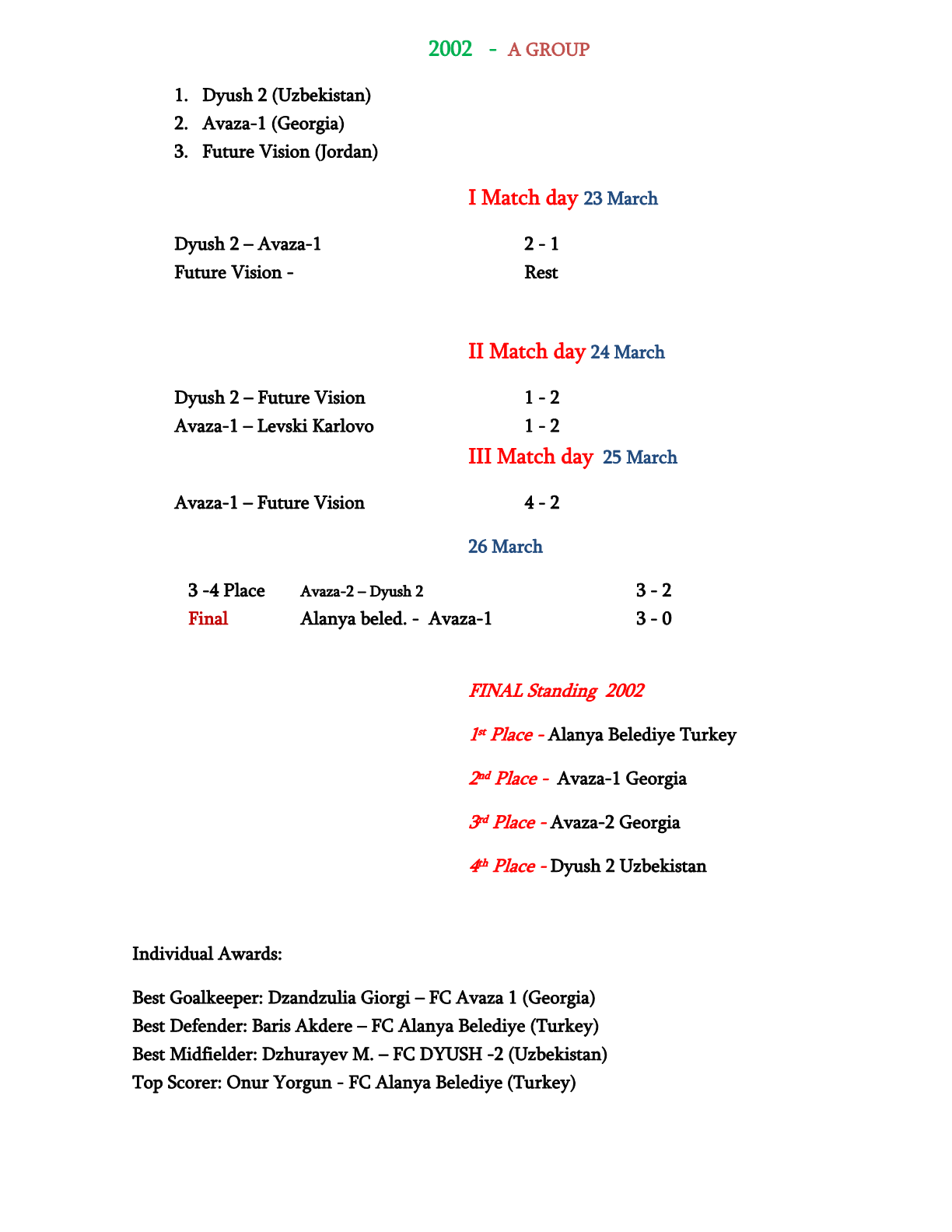 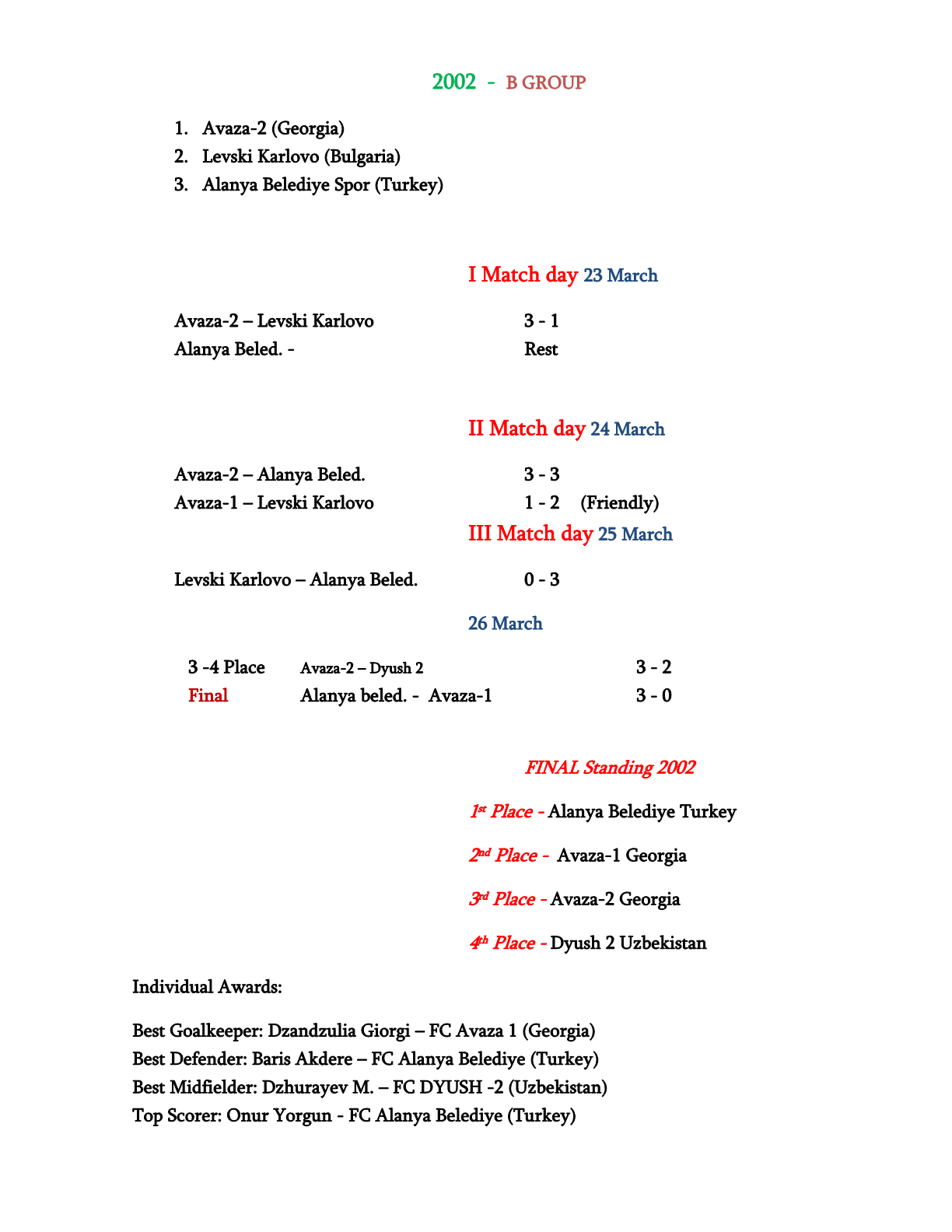 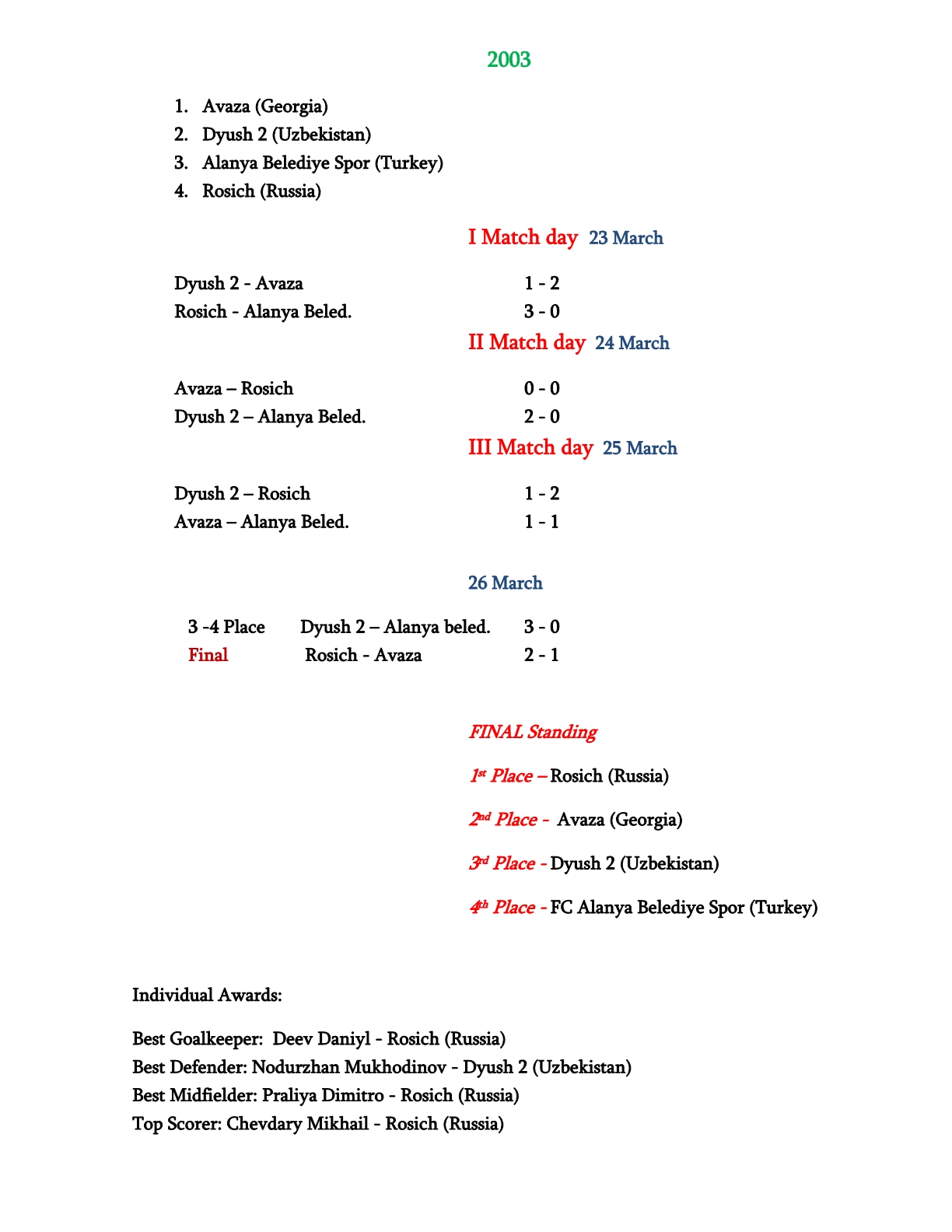 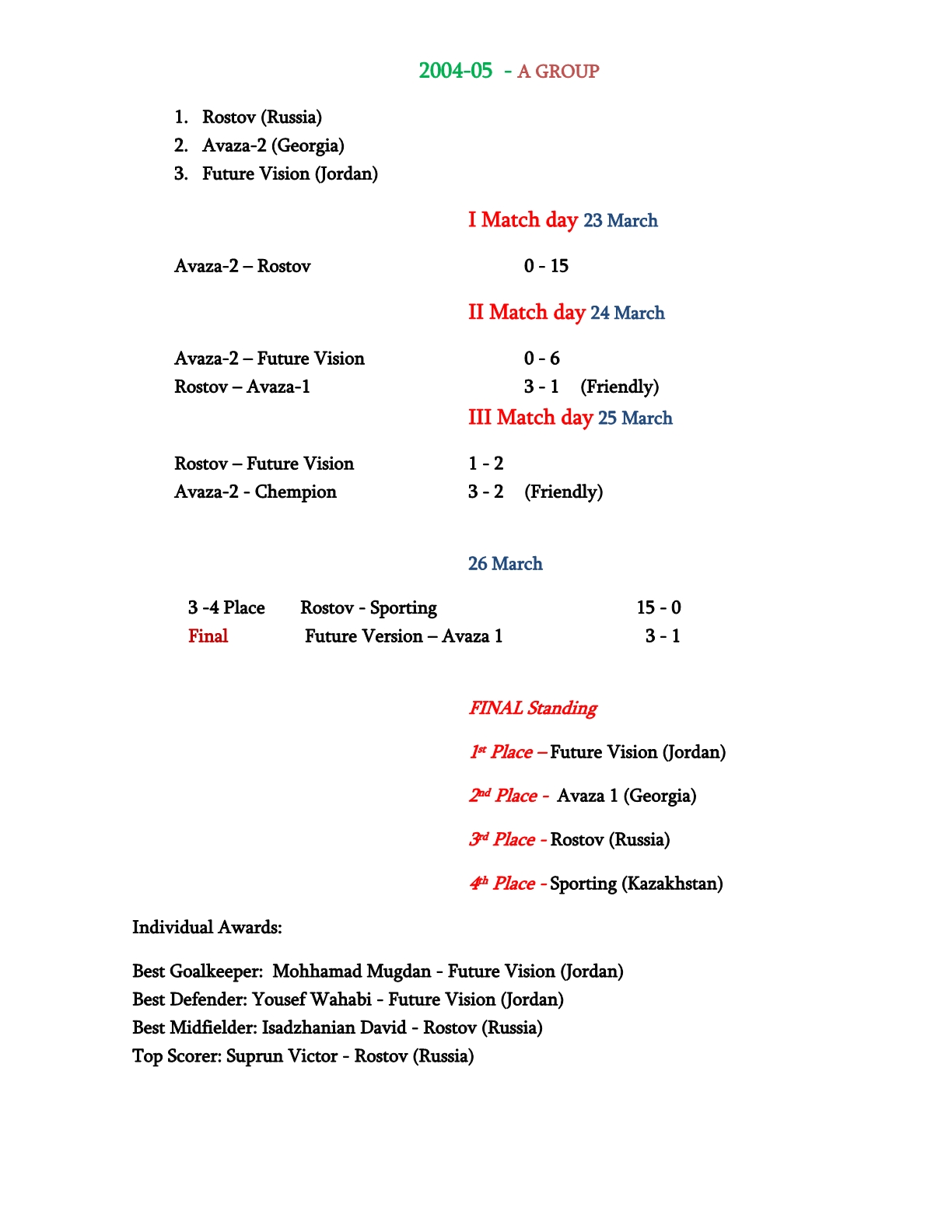 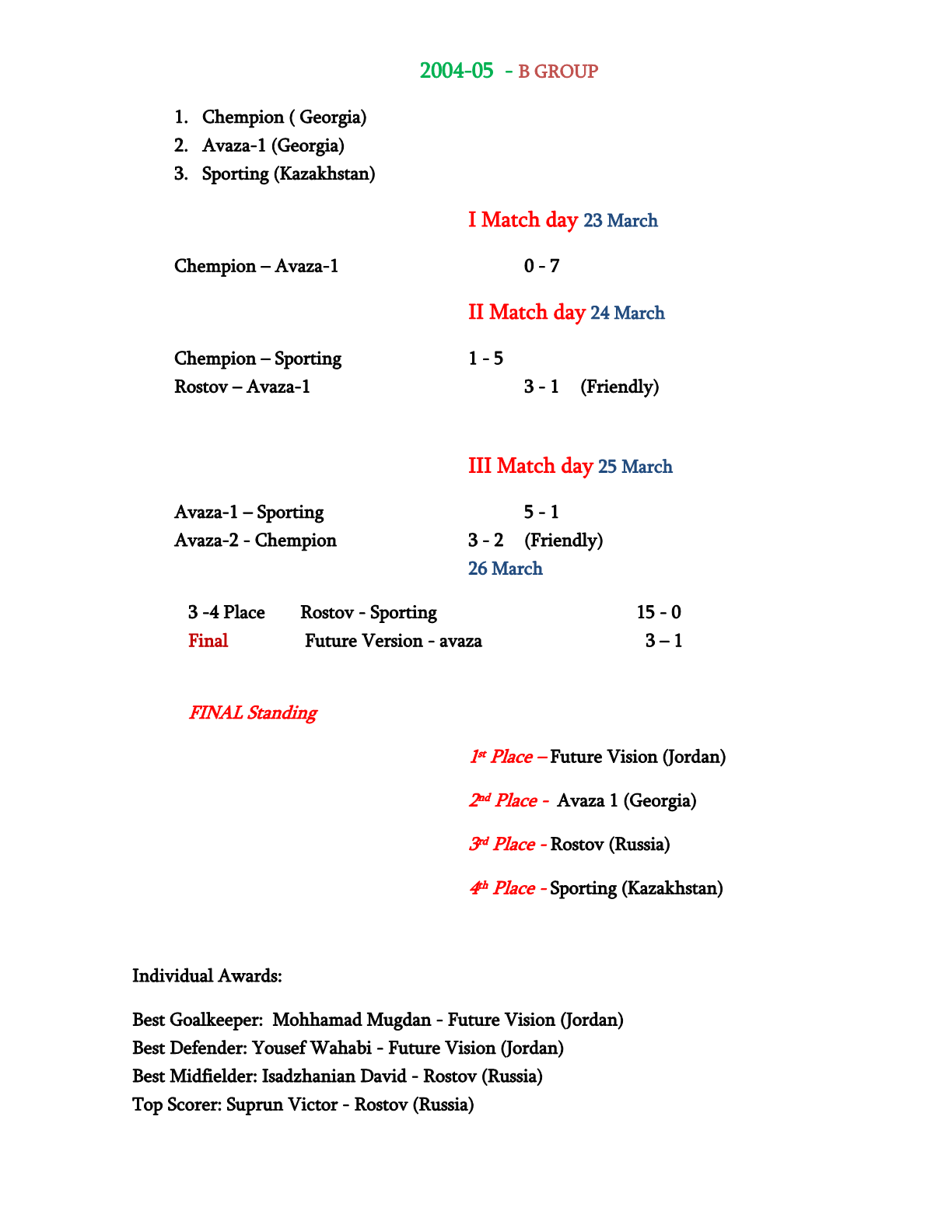 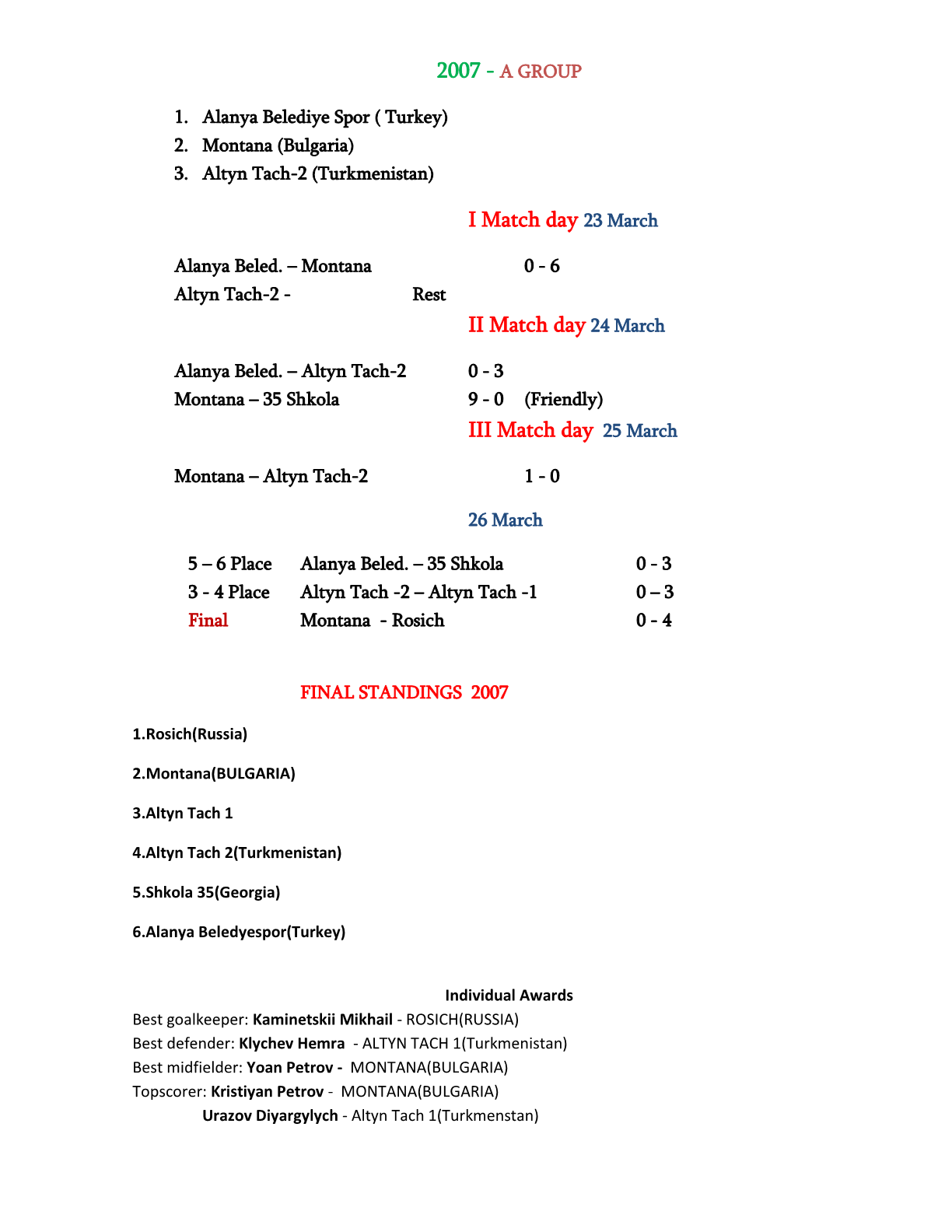 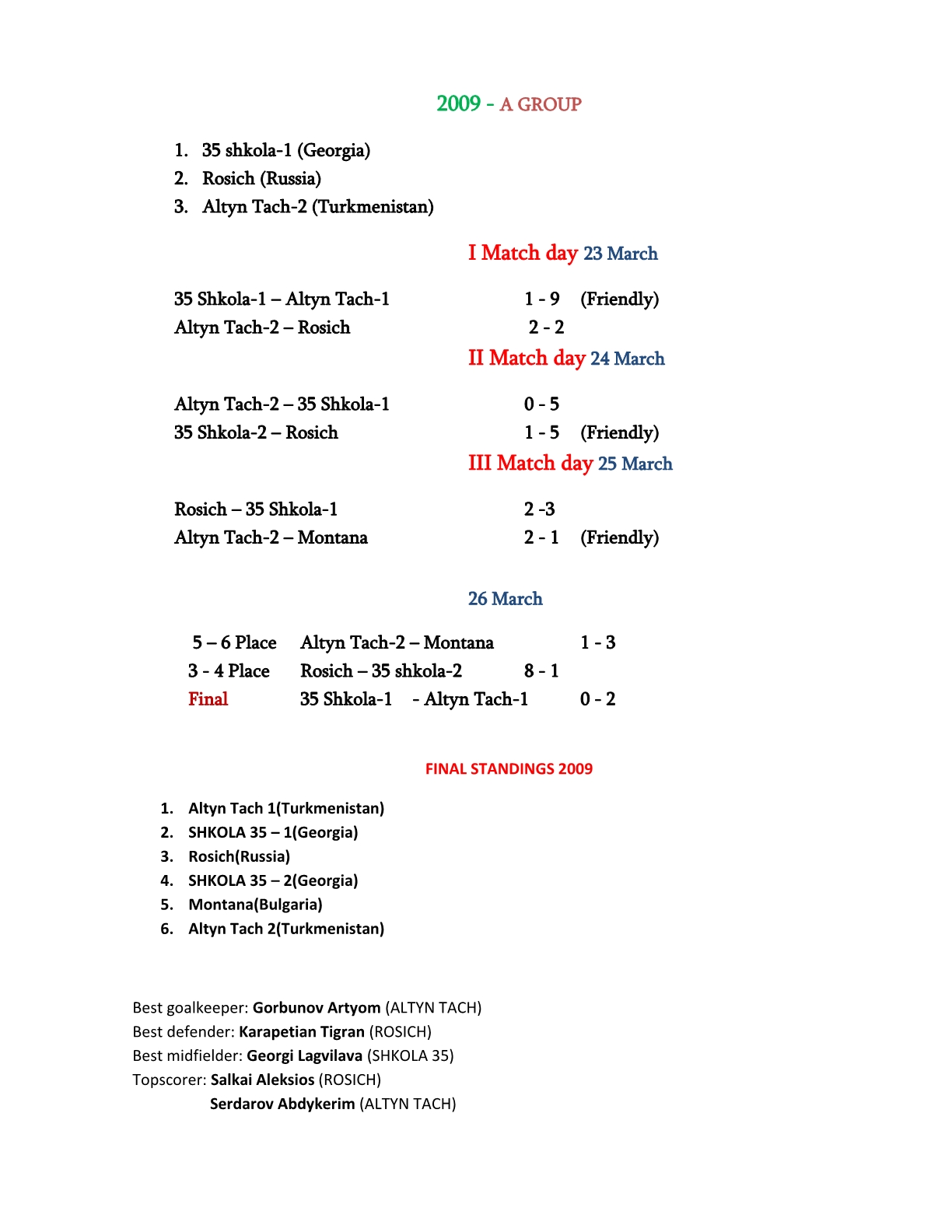 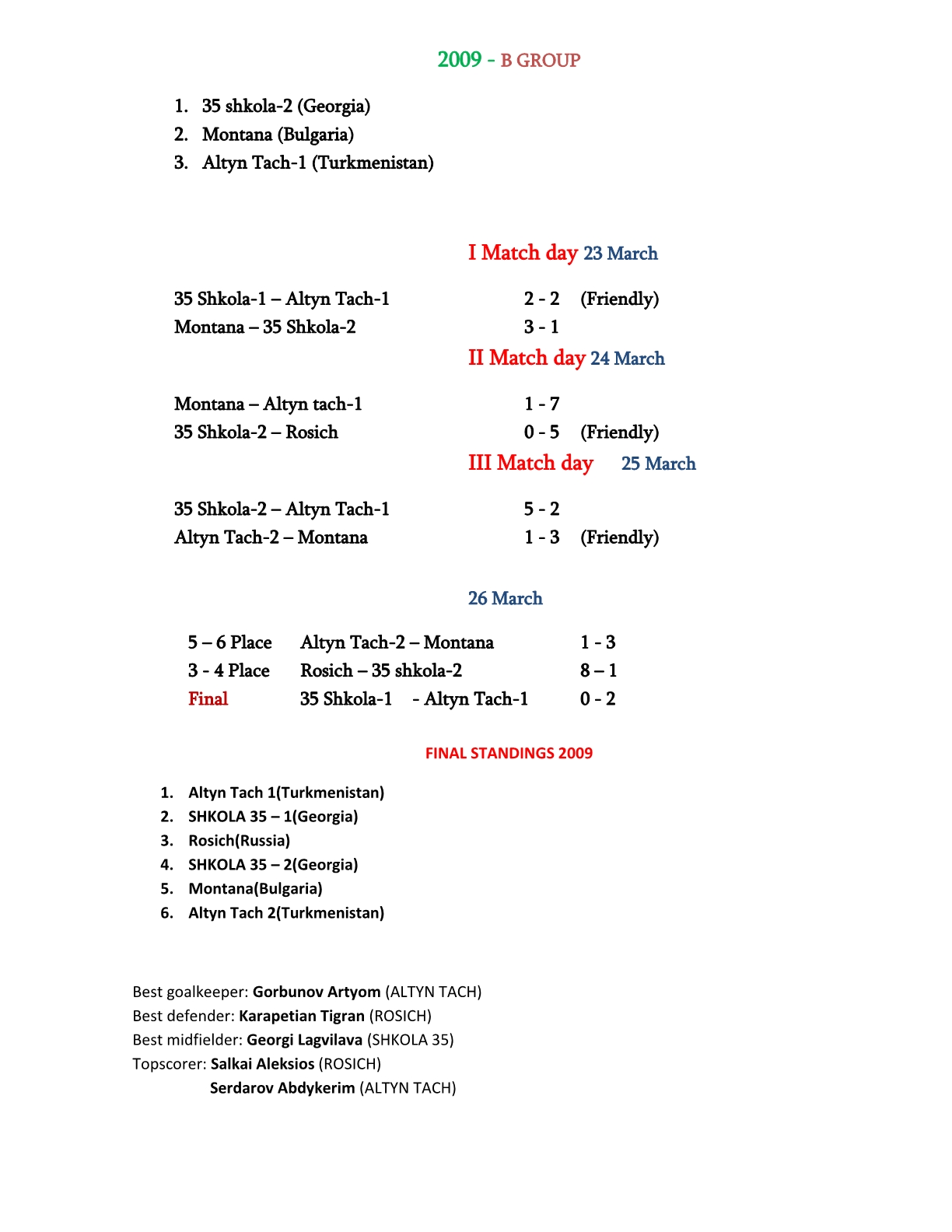 The team which confirms its participation in the Tournament is obliged to submit to Evima Football written notification on official letter on behalf of the club/school. The letter must contain the following information: full official name of the team, phone/fax, e-mail address of the club/school, full name, position, contact information of the people in charge, number of participants and coaches.

The ranking of the teams in the groups is according to the number of obtained points. If two or more teams gather equal amount of points, the places will be determined in the following succession:

Payment terms: 30% Advance payment within 2 (two) days of signing a contract, the balance payment is due at the day of arrival and hotel check in.

The money should be sent to the following bank account:

The participants are allowed to the tournament after presenting the referees the following documents:

- An application form for participation of the team as per template (the name and period of the tournament are filled, the name of the team and of the city, full names of the football players, date of birth, number of the birth certificate, signed and sealed by the club/school);

- Passport of each player;

- Visa of the doctor (Heath certificate - for each football player, enlisted for participation), signed and stamped by the leader of the club/school/academy/ and the doctors’-physical department.

- Insurance policy covering accidents, life risks and health of each football player for the whole period of the football tournament.